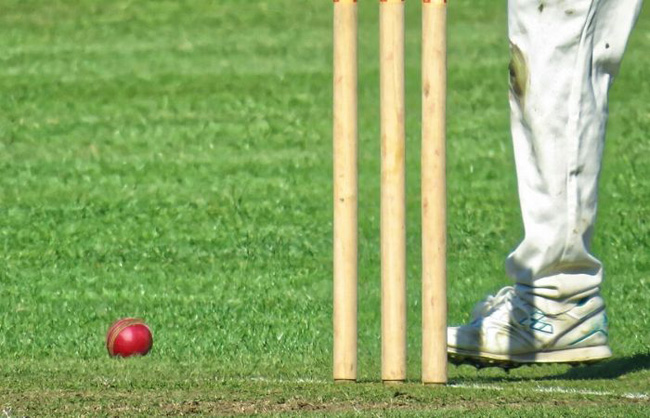 Cricket is a bat-and-ball game played between two teams of eleven players on a field at the centre of which is a 20-metre (22-yard) pitch with a wicket at each end, each comprising two bails balanced on three stumps. The batting side scores runs by striking the ball bowled at the wicket with the bat, while the bowling and fielding side tries to prevent this and dismiss each player (so they are “out”). Means of dismissal include being bowled, when the ball hits the stumps and dislodges the bails, and by the fielding side catching the ball after it is hit by the bat, but before it hits the ground. When ten players have been dismissed, the innings ends and the teams swap roles. The game is adjudicated by two umpires, aided by a third umpire and match referee in international matches. They communicate with two off-field scorers who record the match’s statistical information. There are various formats ranging from Twenty20, played over a few hours with each team batting for a single innings of 20 overs, to Test matches, played over five days with unlimited overs.

Volleyball is a team sport in which two teams of six players are separated by a net. Each team tries to score points by grounding a ball on the other team’s court under organized rules. It has been a part of the official program of the Summer Olympic Games since Tokyo 1964.

The complete set of rules is extensive, but play essentially proceeds as follows: a player on one of the teams begins a ‘rally’ by serving the ball (tossing or releasing it and then hitting it with a hand or arm), from behind the back boundary line of the court, over the net, and into the receiving team’s court. The receiving team must not let the ball be grounded within their court. The team may touch the ball up to 3 times, but individual players may not touch the ball twice consecutively. 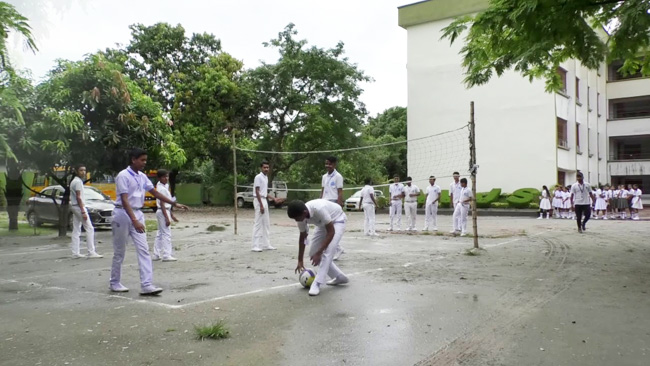